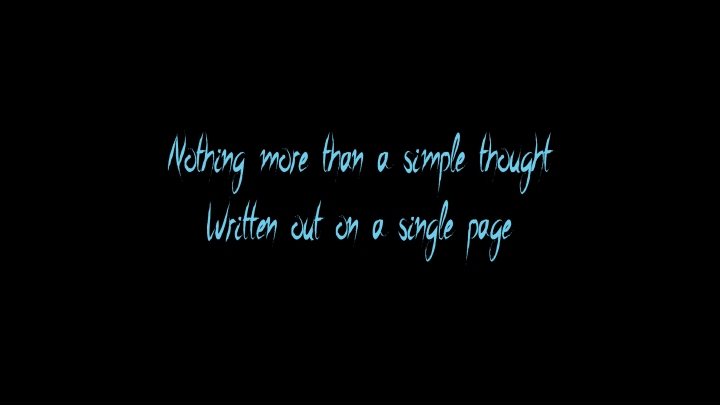 Echoes sounded on the walls of the room as we glided over the linoleum floors. Deep breathing escaped the lips of the exhausted.

Eyes searched through the darkness, open for even the slightest movement while candles lit the path before us flickering the color of a late autumn moon. A single red drop dripped from the ceiling above us, sending a chill through the group as we stopped moving. There was not a need to look up or even a want, really. I knew that if I did, I’d be met by a sight I could never unsee.

Moving swiftly, silver tendrils like wind tickled the sand as cries of the ocean sounded when the waves crashed to the shore erasing the prints of the wanders who traveled. Light glowed across the horizon, the color of the purest platinum. The abyss of the depths trickled above and below, cascaded in a veil of stars. A light breeze brushed across the sands moving the silver tendrils that were like ice to the touch.

I was searching for the direction in which the horizon wasn’t forever haunted by the still moon above and reflected moon below. All I could remember was walking in circles and circles unable to come to a land where the same white sands did not lay. Larger than life and the color of innocence, the moon was ever presently ahead. Whispers echoed from behind and with a turn all that could be found was the moon that watched.

Was this punishment? Was it a game? For what was scarier? What was above or below? Touching the sky was easy. It felt like a cold memory that caused nostalgia to send the spine into shivers. The stars moved as the veil of clouds was removed to expose the same eyes that looked up from below. Hand to glass above revealed the same dead feeling coming from above as it was coming from below. What was real? Which was wrong? Underneath the sandy veil below remained a similar glass mirror. Forever, the two created a portal of endless universes.

Black waters covered the sand, returning it to normal. The sky returned in the same way, covered by clouds as the breeze blew back hair that graced the soldiers of the lost soul that could only look forever towards the horizon of innocence. Forever starring. Forever reaching, but unable to reach.

I was completely shattered by the revelation that he gave me. I was empty, bottomless, and vastly inconsistent. I felt my face twitching in the realization. The brilliance of the moment shined through my soul in a way that calmed all and freed my mind.

“You are right.” Clearly this wasn’t the answer that he wanted. Perhaps he had been waiting for some sort of sadness? Perhaps he excepted me to fall back into his arms? Instead I tightened my grip on my bag and tossed it over my shoulder. “You’ve never said anything more true.”

“Where are you going?” The fury in his voice was evident, but I didn’t belong to him.

“I’m empty. I’m a mess. I’m inconsistent and confused. I don’t know what I want. I don’t know who I am…” With a simple slide of my foot I stepped outside of the entry way. “I figure its time for me to figure it out.”

“I–” I turned from him and saw the world in a way I hadn’t seen it in a long time, “I have to find the person who I am, not you. Not the me with you. Have a good day.”

And with that I left.

My life is a cacophony spiraling in all directions. I’m frozen replaying the memories over and over again. My life is a record, filled with hypothesize of events that never occurred, awaiting the ending that shall come one day or another unbeknownst to me. My life is magical, full of possibility, opportunity, and wonder.