178 Days Until Horror And the Uncertain End

Zeydar huffed to himself, trying to keep his breathing as stable as Heia and Evester and failing. Heia once more shot him a glare telling him to be quiet, but then caught herself before looking away. Zeydar knew that he was a weak link in the group, especially with his lack of ability. She knew it too, which was why she couldn’t reprimand him. They had to try, and he just needed to try harder. Even if his head was spinning.

“Do you feel anything?” Evester asked once more as they got closer. This time Zeydar had an answer.

“Yes.” Zeydar tried not to alert the mages that they were approaching. There were too many of them for it to be a consequence. “Mages everywhere.”

After the talks had started and more teams had gotten in, it had been clear that it was Circles and Stars paying X’s to kidnap people. What for, they were not sure. Where they were being held? No one knew. As Evester, Heia, and Evester tried to sneak around the city, masking themselves in shadows, they headed to find a location to wait out the signal and destruction of the city.

END_OF_DOCUMENT_TOKEN_TO_BE_REPLACED

179 Days Until Gloom And the Uncertain End

“A problem?” Uly asked over the headset trying to  keep calm of his emotions. Evester opened his eyes as the other breaths around him went silent. They too were awake. Heia then sat upright in a panic. Uly was the second to sit up.

“There are Stars.” Karla answered. “Magicians. Threes, probably, because they have not been able to notice us yet.”

Stars? What were Stars doing in the hideout? Evester shot a look to Zeydar, who sat with his head rolled from side to side as he tried to keep himself awake.

“Crass says we should be okay, but you need to be more careful.” Karla continued.

“What does it look like in there?” Kim was the first one other than Uly to respond.

END_OF_DOCUMENT_TOKEN_TO_BE_REPLACED

180 Days Until Surprise And the Uncertain End

Heia surveyed the city from afar, on the ground as close to the dirt as she could get. She held the telescopic lenses in her hands close to her eyes trying to get a good layout of the OverCity. It was a ruin, much like the others that they’d been to, but it was lived in. There were clear bridges between buildings, recently made in the last century, decades, months even.

“We are going to have to be careful.” Uly whispered to them all as they passed along the lenses to examine their target. “All the surveillance is armed.”

“Have the car back to the planned location.” Uly answered looking at his plans again.

Heia wasn’t sure that only two of them would be able to protect their moving home, but everyone had insisted on going into the city. Two was the minimum to protect their cars. Even Karla who was better suited for bus sitting had wanted to go. She hadn’t wanted to be left out. Kony said he needed to practice magic and Kori was not about to be left out of a fight.

“We infiltrate in pairs.” But one team that would have to be of three. The worst part was, Heia knew that was her, Evester, and Zeydar. Evester who knew how to survive on his own and was relatively useless in partners that weren’t his friends of decades. Then there was Zeydar who looked pale and had bags under his eyes, but was cognitive with explosive magic that he controlled with difficulty. And her, a girl who had just recently learned to fight in this way and wanted to save everyone. What could go wrong.

END_OF_DOCUMENT_TOKEN_TO_BE_REPLACED

181 Days Until Desire And the Uncertain End

Evester looked over the map, going through the details of their journey once more. Details ran through his mind as he examined the route and thought of the dates and location in his head. From the corner of his eye, he could see Zeydar tossing and turning. Much like everyone else, Zeydar had not been the same since they had found the bodies. He, simply, was the one who seemed to show it the most when he was sleeping. It made Evester want to reach out to him and comfort him, akin to the way that he and his friends comforted each other when they had their nightmares.

“The question comes down to the fact that we will need to restock on supplies soon.” Uly spoke on, drawing Evester’s attention back to the conversation at hand.

“Any deeper and we are at risk.” Shawn warned them. “We are already in a dangerous place as it is. Snow will be hitting soon, and we don’t have time to hope we can find another place. Not this far in Aralax territory.”

“So we stop.” Kim’s hand hovered over the map and pointed to a city.

“Dangerous to stop.” Shawn shook his head. “The area is not military or mage territory.”

END_OF_DOCUMENT_TOKEN_TO_BE_REPLACED

LOL sorry for this coming out late today. I completely spaced posting it. Anyway, here you go!

I am still waiting on my April and May boxes from FL. It happens, considering what is going on in the current world, so I’m not too frustrated. However, I will note this box was rather beaten up, and that did bother me. Another person I know has had cases of her boxes breaking and I most def, don’t want that happening to me. ANYWAY. Here we go! On into what the box had.

END_OF_DOCUMENT_TOKEN_TO_BE_REPLACED

Second review for today! I am kinda backed up with other posts rn. I promise I’ll get them all to you by the end of the month. I promise. hahaha restarting work, really did throw me off.

END_OF_DOCUMENT_TOKEN_TO_BE_REPLACED 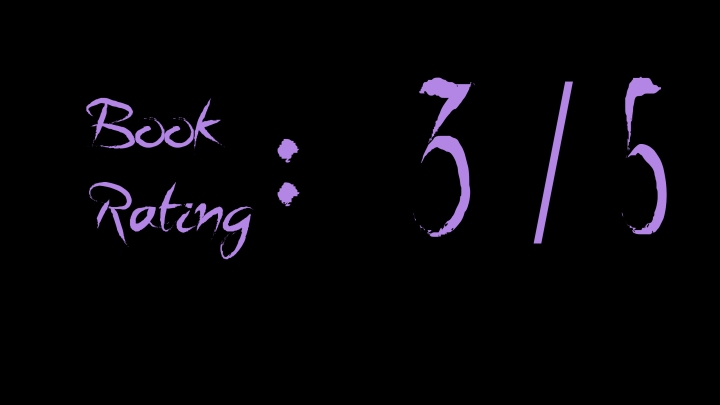 Happy Monday everyone! Two different reviews for you today.

END_OF_DOCUMENT_TOKEN_TO_BE_REPLACED

183 Days Until Anguish And the Uncertain End

The way that the magic felt was a bit tighter, stronger, thicker, than Zeydar was used to in his dream state. The last time he remembered feeling magic that way, was when he detoxed, and more importantly, when he was sober. The weight of it hurt him. It always did. It stung him and broke him, cut at him and healed him. This time, however, he was in control over it, like he had tried years ago. With it came the sting of magic. With it came the sting of the memories that the dreams kept away.

“What are you looking at?” Kony asked from below.

“Im focusing on the feeling of the magic in the air.” Zeydar answered, from atop the bus. The days were warmer than the nights, but they had to wear many layers anyway. Soon, they would not, and should not, move about outside the bus at all. The bus drove on, with the car following behind them insulated for the chilled weather.

“It’s an application of magic theory.” Kony answered as he climbed up. The realization that Kony may have finished the theory book that Zeydar had given him, was shocking at first. Then Zeydar understood it was a testament to Kony’s dedication to the magic. Zeydar had to help him better. “One that I want to try.”

END_OF_DOCUMENT_TOKEN_TO_BE_REPLACED

185 Days Until Wonder And the Uncertain End (part 3)

Evester listened to the breathing of those who where asleep. The hushed voices of the watch resounded from the walls of the bus. There was a thickness to the air, that came from a chill that was not the night air. Evester sat up a bit, feeling Kim tumble away from him lightly. She seemed to mumble something and pulled the blankets closer to her. He didn’t want to wake up anyone, which was good for him that only Kim could sleep next to him directly. It was late into the second shift, and third shift would be up soon, and that meant Kim. Waking her up now was not too bad. Unfortunately, it was the first night that Evester was able to sleep a full night in a long while and he could not.

He felt the rush to check on his papers before he remembered that the information was under his pillow.

The bus was filled with the hot breath of those who slept haphazardly on the bus floor and seats that remained. Evester looked over the bodies to sees Zeydar sitting in the dark, eyes closed, and leaning against the frosted window. He was awake. Evester knew it. In his hands was a steaming cup of tea. Evester could smell it sweet in the stench of the sweat of the bus.

In the darkness Zeydar’s eyes snapped open. They eyes met in the moonlight, and Zeydar sipped his tea looking back. Zeydar wasn’t on the next shift either, but Rayda had made him tea anyway. The world seemed to shatter around Evester, watch voices becoming silent and the snores of the bus disappearing.

END_OF_DOCUMENT_TOKEN_TO_BE_REPLACED

185 Days Until Wonder And the Uncertain End (part 2)

Heia watched as the maps were laid out. Zeydar and her younger siblings were off a bit further away practicing magic. Fighting practice would take place soon, but for now Uly was collecting the notes from the second team who had returned and placing their markers on the maps before the group.

“We can assume that the base will be easy to see when we get close.” Uly sighed looked at the map. There had been more graveyards with those of the dead, recently and long dead. They were moving through kill zones of their governments. Evester’s suggestion to get supplies and another car had been better than any of them wanted to admit. That was why, when Evester made suggestions. They listened.

“I feel like we should head this way.” Evester pointed through the fields.

“Why?” Shawn asked, as perhaps the only one who would question Evester. It was a good thing, Heia decided, because they needed more information than just a suggestion.

END_OF_DOCUMENT_TOKEN_TO_BE_REPLACED

Marlena Marie is from the Western United States with a BSBA and a BA from The Ohio State University. Marlena loves most genres reading, but prefers books within the Fantasy and Sci-fi Genre. Her favorite books are Lewis Carroll's Alice's Adventures in Wonderland and Through the Looking-Glass and What Alice Found There and JD Salinger's Catcher in the Rye.  e.e. cumming's "anyone lived in a pretty how town" remains her favorite poem.   https://linktr.ee/themarlenamarie